One on my notebooks doesn’t work anymore. The problem is that I haven’t change anything… 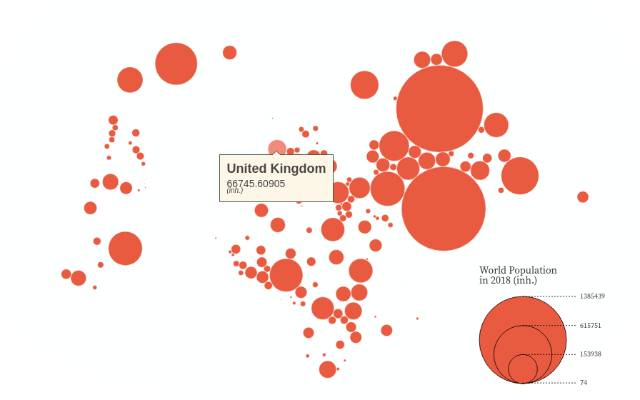 The Dorling cartogram (Dorling, 1996), named after the geographer Danny Dorling, is a method of representing absolute quantitative data with proportional circles, while avoiding the superimposition of these. A Dorling cartogram does not preserve the...

At least we won’t have to worry about that anymore!

It is this one, right?

The Dorling cartogram (Dorling, 1996), named after the geographer Danny Dorling, is a method of representing absolute quantitative data with proportional circles, while avoiding the superimposition of these. A Dorling cartogram does not preserve the...

I wonder whether, when you Shared it (and made it public) it lost its slug? Can you post a screenshot of the ‘Share’ modal from this notebook?

Ok. When I click on the notebook, I have this creen 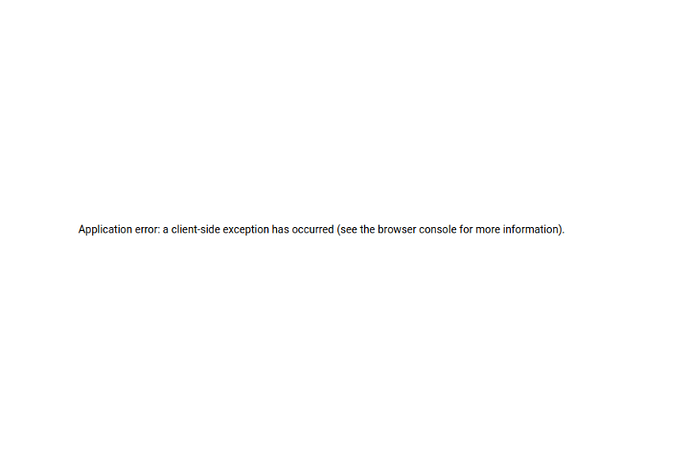 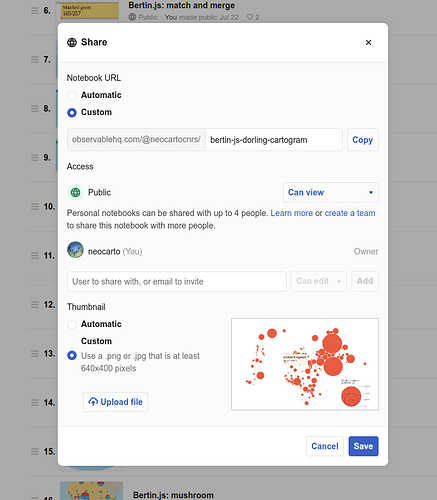 But I’m not able to resolve anything.
Moreover, forking the notebook do not solve the pb.

I can see your version of it, but when I try to fork it, it crashes. We’re looking into it.

To “fix” the notebook (though it’s obviously not your fault that it’s broken!):

The notebook should no longer crash, and you can then restore the previous value of that cell. That should fix the crash for you for now; we’re still looking into why it’s happening.

The most recent “committed” version of the cities cell, as you can see from https://api.observablehq.com/@neocartocnrs/bertin-js-dorling-cartogram@361.js?v=3, is

The “committed” version is what shows up in history, and what determines the output that’s shown. But we also save the “subversion” while you type, before you hit run/save/play. That’s how multiplayer works.

Still don’t know the root cause. The error shouldn’t occur, and if it does, it shouldn’t crash the whole page. We’re still looking into it. And I’m terribly sorry; it’s maddening to lose access like that when you didn’t even touch anything!

Its works. Thank you.

Btw, if you’re curious, Wiltse got to the bottom of it last week:

We underline references to other cells you can jump to. That’s based on the “committed” value of the cell, not the value in the editor, which is why you don’t get the jump-to underline while you’re typing until you run the cell.

Your cell’s uncommitted value was empty (which might’ve been errant?), but the committed value had a reference to d3 at character 9, so it was trying to place the underline at a position that no longer existed. Hence the error in the console: “RangeError: Position 9 is out of range for changeset of length 0.”