I made a notebook showing the basics of working with an audio sample in JavaScript. Typically when analyzing a sample, you will want to select a region and hear how it sounds before doing further work with it, and this notebook shows how to do that.

It works, but there are few things I’m not satisfied with:

Very nice! To your questions:

There’s currently no way to get mouse clicks from Plot, but interaction is on the roadmap.

I think the Moire is because the data binning function creates spikes that move ever so slightly between different selections. Perhaps in addition to the binning, you could use a window function or a line simplification algorithm to reduce the number of points along the x axis.

To rate-limit the WAV generation function, you can create an intermediary function that depends on the start and stop values and creates a function with a promise or timeout that then assigns those values to the ones the wave generator depends on. When it gets triggered, it looks for an existing timeout and cancels it (so fast calls keep canceling and recreating that function), and once the timeout expires, the values get assigned and the WAV generator runs.

That was a lot of words, let me know if this helps or if you want me to turn this into code

I fixed the rate-limiting issue. I keep forgetting the simple way to do it.

I’ve been working on improving plotting performance in a separate notebook. Here’s an algorithm for zooming in and out that works reasonably well: 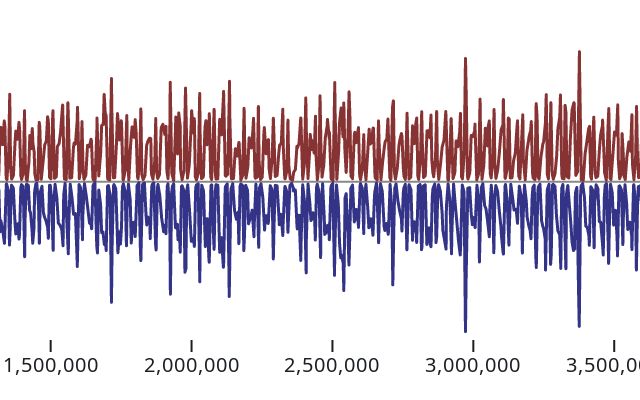 How to plot audio recordings at any zoom level

I would like to write some notebooks about working with audio recordings. For short recordings, I can easily plot them using Observable Plot, but for longer samples, there are far too many points to get good performance. (One million points is only...