Why will a graph render after running function, but not on load?

I encountered a weird behavior and I was hoping someone might help by explaining why (and how to avoid): 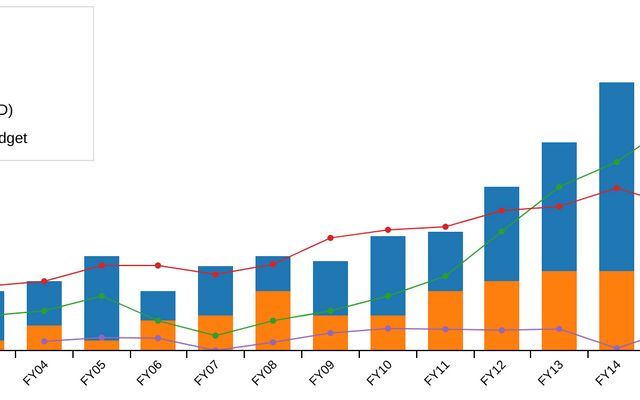 When I load the notebook, I get a TypeError message:

However, when I run the function, the chart appears:

Any insights into what’s going on?

There are a few things wrong here.

The first is that your budget_FY18 cell has an implicit dependency on the budget cell where you declare the DIV. It’s implicit because you reference the DIV through the DOM by its identifier (#budget), but Observable only understands explicit references. So, if you replace

Then Observable will understand that budget_FY18 depends on budget when constructing the computation graph, and run them in the correct order.

Similarly, C3 doesn’t properly declare its dependency on D3. Instead, it assumes that a d3 global is available before C3 is loaded (even in an AMD environment). That’s why you’re seeing “Cannot read property ‘scale’ of undefined”: C3 is trying to accessing d3.scale before d3 has been defined. This would best be fixed by a pull request to C3, but you can workaround it by changing how C3 is loaded:

Another thing I would fix is to avoid mutation across cells. Instead of declaring a DIV in one cell, and then populating the contents of that DIV in another cell, you should create and populate the DIV in the same cell. There’s no reason to use the old jQuery-style of DOM mutation in Observable; it’s cleaner to instead create the DOM you want to see, and then return it.

I’ve packaged all of these suggestions up into a reusable notebook which you can import: 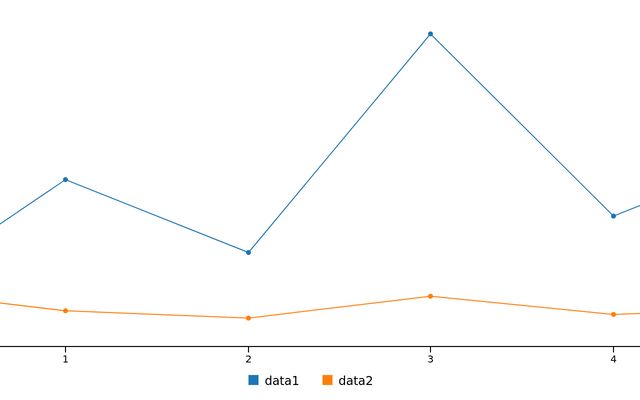 Thank you, Mike! As always, you’re frighteningly quick to respond and very clear and articulate about underlying issues. I really appreciate your care and attention, and am thankful to have this opportunity to learn from you and your work!

Hey @mbostock, I have a similar issue in my notebook, but I couldn’t find what I did wrong. Can you help me to identify what I need to change to make the chart render on load?

How to tackle Ageing Work?

An Observable notebook by Gabriel Vailati.

Welcome @gabovailati! Here’s a fork of your notebook that fixes the issues:

A comparison of two Observable notebooks.

Thanks, @bgchen!!! Really appreciate your help. I’m still getting used to Observable and your tips helped me to fix my notebook.