However I fail to see how I can post a Message to the worker created by Generators.worker().

It looks like the API returns an async generator, you should be able to get the actual worker like:

no luck so far

The pattern that I prefer does not involve Generators.worker. Here are two examples. 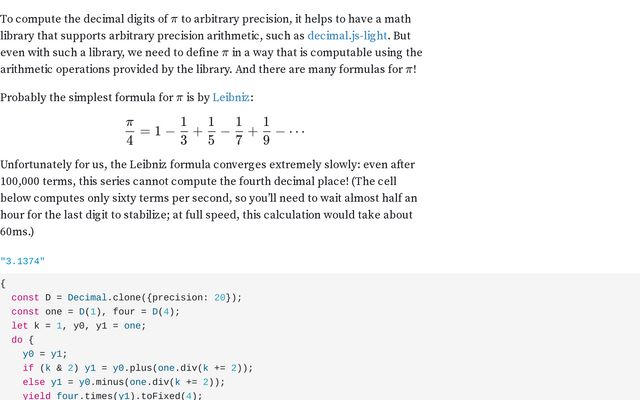 Here, Generators.observe is used to listen to the worker, so that the latest value computed by the worker is available as a reactive value (the digits cell).

In both cases the worker script is defined as a Blob URL which is revoked on invalidation (when you edit the script).

Here is an example of Generators.worker: 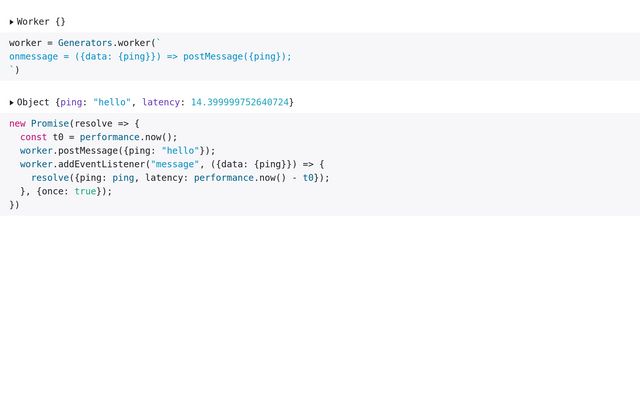 Furthermore, since workers tend to be stateful (they represent running programs), you often don’t want them to be exposed as cells, and instead you want them as local variables (as in the two examples I linked in my previous reply).

FYI.
The voronoi-stippling notebook does not work on Brave - without errors… It does on Chrome, Firefox, Opera - on my machine. But the [https://observablehq.com/@mbostock/computing-pi](http://computing pi notebook) does work. So it’s not web workers…