I have seen in this example 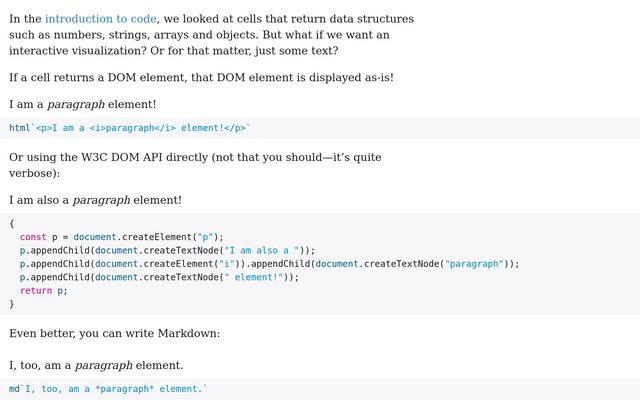 Yes, however there is a limitation in that a DOM element cannot live in two places at once—if you embed a DOM element in Markdown:

Then the <i> element will get removed from its original display (the output of the cell) and inserted into the Markdown cell.

For this reason, it’s generally better to create new DOM elements when embedding them in Markdown, so that the Markdown cell is pure (i.e., it doesn’t have the side-effect of removing the referenced elements from the DOM). One easy way to do that is to inline the other element you want to embed, as in this contrived example:

This is commonly done to embed LaTeX, for example:

If you want to create that content in another cell, then, define that other cell as a function that when called returns a new DOM element, as in done with the sparkline in the tutorial you linked: